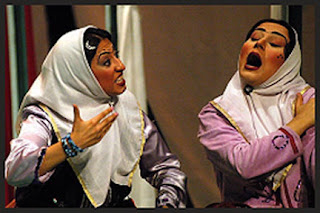 Running Time: 60 minutes
Country: Canada / Iran
Directors: Nader Davoodi & Abbas Ahmadi
The story of “Thirteen” goes back to 100 years ago. Returning from a trip to France, the king has brought with him a new wife from there, for his harem, whose entrance is announced by him on the 13th day of the month. An incentive study of the present situation of Iranian women told through music and dance.

Nader Davoodi
Director
Nader Davoodi is an award winning photojournalist. For the past decades, he has been working both on and off the record to produce ethnographically detailed works that document a very important period in contemporary history of our life. While his work can best be described as documentary, he aims to artistically capture important moments in everyday life rather than merely document. From 1991 to 1994, Nader lived in New York City, where his love for photography and the city itself produced an exceptional stock. He has captured some of the most precious moments of happiness and passion in his collection of the 12th Asian Games in Hiroshima 1994, Sydney Olympic games in 2000, as well as four World Cups, 1994, 1998, 2002, and 2006. Nader's love of moving pictures has been inevitable, and as an independent filmmaker, he has put his unique style to the celluloid.