Dead Heat Under the Shrubs 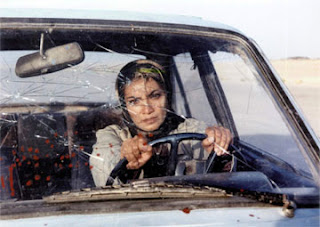 A high-octane thriller. One day, a teenage boy happens to witness a woman dumping a body down a well near his village on the outskirts of the desert. Noticing his presence, the murderess decides to get rid of him, starting a chase and deadly marathon.

Born in 1965 in the Caspian Sea port of Bandar Anzali, Esmael Barari graduated as film director. In 1988, his short film "Reaction" won the top prize at the Students film festival of Tehran and the Silver Plaque at the 1989 Nations festival of Austria. He is also the founder of World Iranian Film Center www.wifc.org.
Filmography: City in the Hands of Children, The Green Hell, The Devil’s Dance, The Nest, Dead Heat under the Shrubs.