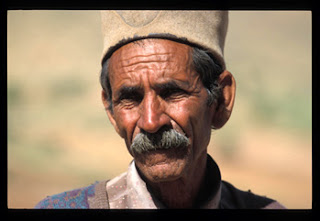 This film follows Behzad, a charismatic Qashqa’i nomad on his spectacular annual journey across Iran. The Qashqa’i are a tribe of nomads who inhabit the mountains of South Western Iran, a proud people with a strong sense of identity and tradition. For centuries, the Qashqa’i have embarked each spring on a gruelling 500 kilometre migration. Resisting relentless pressure to give up their way of life, the Qashqa’i have maintained their own language, music, dance, dress and unique culture – but the nomadic journey is a dying form of human travel. With Behzad as our guide, the viewer can share in this great traditional journey. 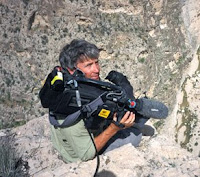 John Murray’s passion for adventure and exploration is apparent in every aspect of his career. With a degree in Marine Biology from Trinity College Dublin John began working as an “underwater journalist”, travelling the world, researching, writing, diving and photographing some of the most famous shipwrecks on earth. Back in Ireland his background in science and journalism found an outlet working as on on-screen reporter for RTE’s health series “Check Up”. Then in 1992 an Irish expedition to the Himalayas proved too strong a temptation for John to stay at home. Armed with a bolex and 1000 feet of film John joined the Irish team and filmed the first successful Irish ascent of a mountain over 8000 meters. His first film “Manaslu, Summit of Soul” was critically acclaimed and served as the impetus for John to establish his own production company, Crossing the Line Films. One year later saw the first Irish expedition to Everest… again John was there at the heart of the expedition filming the Irish team as they successfully reached the top of the world.