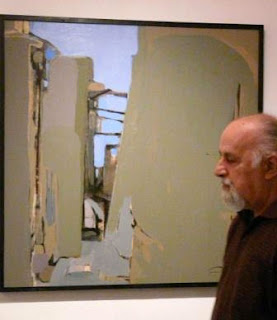 Running Time: 12 minutes
Country: Iran
Cast: Hannibal Alkhas
Poems: Poetry & voice of Forough Farrokhzad
Director: Mohammad Reza Sharifi
Hannibal Alkhas, Iranian master painter, and son of the Assyrian writer Rabi Adai Alkhas was born in Kermanshah, Iran, in 1930. His Uncle John Alkhas is one of the two most famous Assyrian poets in the 20th Century. Hannibal spent his childhood and teenage year in Kermonshah, Ahwaz and Tehran. In 1951, Hannibal moved to the United State in pursiot of his education and studied philosophy for three years at Loyola University of Chicago, Illinois. From 1953 to 1959 he attended the Art Institute of Chicago where be earned his Bachelor''s and Masters of Fine Arts. In 1959 , after the death of his father, Hannibal returned to Iran. He began teaching at the "Tehran Schoold of Fine Arts" for nearly four years. During that time he also established the successful Gilgamesh Gallery, the first modern Art Gallery in Iran where aspiring young artists were intrduced. In 1963, he returned to the US and taught art at Monticello Collage, in Illinois where he became the Chairman of the art department. In 1969 he went hack to Iran and taught at Tehran University for eleven years. In 1980, Hannibal was once again back in the US, and spent twelve years teaching arts at the Assyrian Civic Club of Turluck, private collages and the University of California at Berkeley and Los Angeles. He now teaches at "Azad University," a position which he has held since 1992. He also holds private painting classes and writes as an arts critic in various Iranian Magazines. 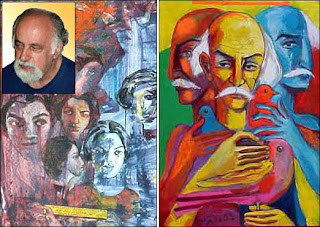 Mohammad Reza Sharifi
Director
- Born in 1951 in Serkan (a city in west Iran). - High School in Hamedan.- High Education (BA): Persian literature from Tehran University (Faculty for Litrature and Human Science). - Graduated in the field of cinema and TV from Faculty of Dramatic Arts. - Cooperation in more than 90 short films as scriptwriter,photographer, director and producer. - Director of photography in more than 12 Iranian features like: Prosecutor, All the temptation of the earth, Journey of grey men. - Professor in field of photography and directing in University of Tehran and Dramatic Arts, Azad University. - His last works are: director of photography in the feature film "Such a long trip," director of a documentary film about the life and works of Abdullah Alimorad (A famous Iranian Animation Maker) this film is produced by the Institute for Mental Development of Children and Young Adults.