For more than two decades Iranian filmmakers have been acclaimed around the world. Here the country's landmark directors explain why, many of them speaking on camera for the first time. Filmed on three continents, Cinema Iran tells the remarkable David and Goliath story of a small national film industry which went against the trends in Western Cinema and changed movie-making forever. 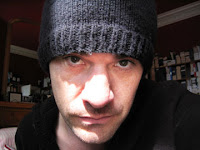 Mark Cousins
Director
Mark Cousins is an Irish filmmaker and writer, living in Scotland. His documentary subjects include neo-Nazism, the Cinema of Iran, the first gulf war and the Irish crooner Daniel O'Donnell. His last book, The Story of Film, was published around the world. His next book, Watching Real People Elsewhere, is published in the UK and China in autumn 2008. He has curated numerous international film festivals. He is honorary Doctor of Letters at the Univiersity of Edinburgh, Scotland, and is currently making The Story of Film as a documentary series with his producer John Archer.