One day in a life of a ten-year old girl during the Iran/Iraq war. War propaganda nurtures her for fighting. Little by little she gets attracted to fighting and wishes being killed in the war. This film criticizes Iranian children environment specially educational system. 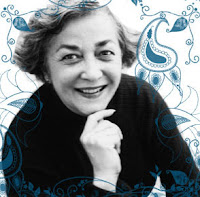 Shahrnush Parsipur
Author
Born and raised in Tehran, she received her B.A. in sociology from Tehran University in 1973 and studied Chinese language and civilization at the Sorbonne from 1976 to 1980. Her first book was Tupak-e Qermez (The Little Red Ball - 1969), a story for young people. Her second novel was Tuba va ma'na-ye Shab (Tuba and the Meaning of Night - 1989), which Parsipur wrote after spending four years in prison. In 1990, she published a short novel, again consisting of connected stories, called Zanan Bedun-e Mardan (Women without Men), which Parsipur had finished in the late 1970s. The Iranian government banned Women without Men in the mid-1990s and put pressure on the author to desist from such writing. Early in 1990, Parsipur finished her fourth novel, a 1,000-page story of a female Don Quixote called Aql-e abi'rang (Blue-colored Reason), which remained unavailable as of early 1992.
Shahrnush Parsipur has since left Iran and currently resides in the United States. She is the recipient of the first International Writers Project Fellowship from the Program in Creative Writing and the Watson Institute for International Studies at Brown University.