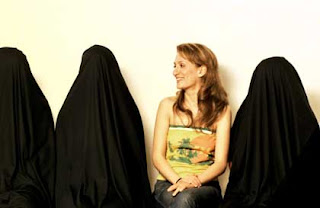 Running Time: 94 minutes
Country: Austria / Iran
Director: Arash Riahi
A family’s story, typically crazy and exceptional at the same time. A film about home and exile, parents, grandparents, brothers and sisters and all the other relatives, close and distant, in an extended Persian family. Some of them emigrated to Europe or America, though the majority has stayed in Iran. Regardless of all the danger involved, they secretly meet after 20 years at a place which won’t raise suspicion among the Iranian authorities: Mecca. They come from America, Sweden, Austria and Iran to laugh, argue, cook and celebrate. This is accompanied by an excessive amount of hugging and kissing, and also a clash between Muslim and Western cultures.

Arash Riahi
Director
Born 1972 in Iran, lives in Vienna/Austria since 1982. Studied Film and the Arts, has been working for the Austrian Broadcasting Corporation, the ORF, since 1995 on a freelance basis. Writer and director for the ORF youth and art departments. Founded the film and media production company "Golden Girls Filmproduction" in 1998. Has written, directed and edited several award-winning short documentaries, shorts, experimental films, music videos and commercials. The cinema documentary "The Souvenirs of Mr. X" in cooperation with ARTE and ORF was his first long documentary. Multi award winning “Exile Family Movie” is the second one. He just finished his first feature film “For a Moment, Freedom” at the end of 2007.